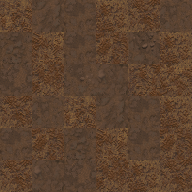 Vault 46 was an experiment where vault-tec filled the entire vault with people classified as "genius" and in the vault, added college textbooks and tons of pre-war tech, including some classified material. They were to be examined by vault-tec to see if they would develop better technology with access to the knowledge and materials. The experiment ultimately succeeded except that there was no society left to show their advancements. Since they opened up to the surface, they rather secluded themselves in their vault and lived mostly peacefully with the outside

Needs a casino or somethin tbh

What do you think?